Does Psycho really need sequels, a reboot, or a prequel television series?

Franchises. Love ’em, hate ’em, it doesn’t matter; you can’t avoid ’em. They’re everywhere, breeding like bunnies, popping up like a Starbucks on every block. When it comes to film, novel, television, comic book and music franchises, it’s a safe bet that each of us has picked our poison, and we can’t help ourselves. We keep coming back for more.

As I discussed in my previous post, the merits and downsides to franchises are sometimes difficult to juggle. On the one hand, I think most of us can probably agree with the notion that we would like to continue challenging ourselves by encountering new artists, new voices, and experiencing different types of stories and characters. On the other, we are creatures of habit, and we like what we like, damn it, whether it’s your grandma and her soap opera stories or it’s me and my obsession with Batman.

But this week, let’s talk about the franchises we wish would just die. As far as I can tell, there are three different types that need to take a dirt nap:

1) THE FRANCHISE YOU ALWAYS HATED 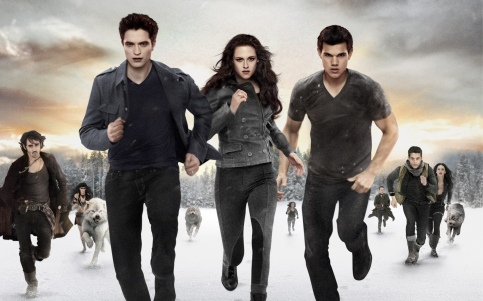 At least they ran out of books to adapt… for now.

Let’s face it. For every franchise you love, there are five or ten or twenty others that just annoy the hell out of you. You’re barraged by the commercials, inundated with obscure pop culture references, and often met with derision or contempt by people who love what you loathe. You can’t understand it; “why do you idiots like this crap?” you scream at the stars. It doesn’t make any sense. Sparkly vampires? Boy bands? Alien robots that can turn into big rigs? “What is wrong with you people?”

2) THE FRANCHISE THAT HAS OUTSTAYED ITS WELCOME

He’ll be back. Unfortunately.

It all starts so innocently. As one novel. One movie. One comic book. And you like it, you really like it. You want more. And that’s where the problem starts. Because as many sequels as there have been over the course of human history, very few of them have been as good (or better) than the original. A great film is this amazing magic trick, but what happens when the second one recaptures or elevates the high you felt after seeing the first one? Now the artist isn’t just a magician; he’s a wizard.

There are plenty of franchises that I feel this way about. The first two Alien films are great; ditto for Terminator, Back to the Future, and the Godfather.  But what about the third time up to the plate? This is where the batting averages start to deteriorate, when the seams around this originally perfect piece of art start to show and tear. It’s when most audiences realize that the wizard is really just another two-bit hack and those rabbits in his hat are actually gerbils.

This happens all the time in television. A couple great seasons of a show is enough to convince anyone that someone behind the scenes sold their soul to keep churning out hit episode after hit episode. But maintaining the quality of a television show may be even more difficult than a film franchise. It’s a very short list of programs that have lasted their entire run without ever stumbling. If/when it does eventually happen, it’s hard to understand how something that started so fresh could have rotted out so completely.

And yet, we tend to stick around. Once you’ve committed to a particular franchise for a particular length of time, it’s difficult to just walk away, no matter how bad it gets. We become conditioned to it, still chasing that initial high of our first exposure all those years ago. We all want to believe that the artists will steer the ship back on course. Sometimes that happens… and sometimes we just go down with the wreckage.

3) THE FRANCHISE THAT’S SO PERFECT IT NEEDS TO DIE

Even Breaking Bad will continue with the show Better Call Saul.

Perfection is pretty rare in art; it might not even be desirable. But that’s an argument for another day.

Every once in awhile, though, something comes along that hits all the right notes; it surprises you, it enchants, it intoxicates. It makes your life more exciting and it changes your view of the world around you.

For some folks, it’s a new band that they discover; others, a series of novels; films, television, comic books, particular paintings. It doesn’t matter; I think we all have something that we can pull off a shelf somewhere, hand to someone, and say, “this is a perfect piece of art.”

This is a rare thing, perfection. So when we discover it, it’s valuable to us. It holds a special place in our minds and our hearts.

And then some jackass realizes they can still make money off it. So they crank out the sequel, or the reboot, or the prequel, or whatever. And before you know it, there’s nothing left in the piñata; it’s just a completely barren, hollow husk of its former glory.

There’s an old saying: “Always leave the audience wanting more.” The problem is that so long as the audience still has money in their pockets, commercial artists are going to keep trying to pry it out. Even when it looks like we’re getting an ending, a definitive conclusion, mark my words: five, ten, twenty years down the line, it will be back.

This was the perfect place to end the Star Wars saga.

And that’s the real inherent problem with franchises. It’s not that money in and of itself is necessarily a barrier to a commercial work having artistic merit; it’s that a particular commercial work’s continuous ability to make money means that uncreative businessmen will continue to keep it alive well after its artistic merit has reached its zenith; it will never be allowed to end on its own terms, for the sake of art or story. It will only end after it is no longer a successful commodity guaranteed to make a profit.

Disney will continue making Star Wars movies until they become so awful that no one cares about Star Wars any longer. Same with EON and James Bond. Hell, twenty-something years after the last film, they’re even going to make a Ghostbusters 3, despite the fact that most of the original artists (Bill Murray, Harold Ramis, and Ivan Reitman) won’t be involved!

An audience eventually sees through the bullshit and becomes aware that this art that they once loved, that at one point had direction, had merit, had a purpose for being and a story to tell, is clearly now just making it up as it goes along. With each additional installment there is a crack in the illusion that the story is going somewhere, that the artist still has something to say.

Even if that’s always been an illusion on the audience’s part, and the artist is always just flying by the seat of his pants, it’s an important illusion.

We want to feel like art is more than just a pleasurable distraction, like it’s telling us something, that it’s leading us somewhere new. When we start to doubt this, we become aware of the work as something purely commercial and lacking in creative merit.

But just for argument’s sake, let’s say these concerns are unfounded in the right creative hands.  Your perfect franchise of choice is picked up again with the right group brought in to keep the perfection at an all-time high. Years and years and years go by, and there’s seemingly not a single misstep. That ending that seemed so perfect when it happened all those years before the reboot or the sequels or prequels now just seems like a quaint little event that happened in the midst of this larger saga.

What would be the problem then?

Skyfall was a hit, both commercially and critically, even after fifty years of Bond on film.

Even accepting how unlikely this would be, the problem is really just inherent to the art of storytelling. How can a piece of art be complete without an ending? What kind of a story doesn’t have a true conclusion, but is instead comprised of a beginning and an endless stream of middles? Franchises by their nature are about continuing and stretching out; they’re about the illusion of change that brings about a return to the status quo. But the result is work that will forever remain static, unchallenging, unfinished.

At the beginning of this piece I admitted my love for Batman, and you must be thinking that what I’ve just said sounds like a contradiction from a guy who still reads about a character that has existed for seventy-five years. When I began reading Batman comic books, I was convinced they were going somewhere. It’s a credit to then-editor Denny O’Neil that the stories seemed to move in a tangible direction and that things happened to the supporting cast members that felt as if they mattered. Past events shaped current ones and current events foreshadowed the future. But at some point, Denny O’Neil stepped down as editor and characters started to act strangely, events didn’t seem to take into account things that happened four or five years ago, and things didn’t really feel like they were going anywhere in particular.

It was then that I realized the true nature of the franchise, and it was a bitter pill to swallow. I’ll never read a final Batman story (even if you claim The Dark Knight Returns is the last Batman story, you have to take into account its inferior sequel, The Dark Knight Strikes Again). And yet, I’ll continue to read his ongoing adventures, amusing myself with more of the middle. Along the way, I’m occasionally surprised, delighted, even thrilled by what I find there.

But, of course, never satiated.